Northwestern Mutual is pleased to announce Steven L. Braun, CLU®, Private Wealth Advisor and Founder of Braun & Associates, a member of the Northwestern Mutual Private Client Group, has been named a 2021 Forbes Top Financial Security Professional, appearing among the Top 10 in the country.

Steve Braun has been recognized as a 2022 Community Service Award winner for his leadership and dedicated volunteer service with Cures Within Reach.

Braun has been a donor and volunteer leader at Cures Within Reach for more than a decade and currently serves on the Executive Board.

Northwestern Mutual Wealth Management Advisor Steve Braun recently received the 2019 Community Service Award as the Most Exceptional Volunteer in the Central Region for his work with Cures Within Reach. Congratulations and thank you for your volunteerism! 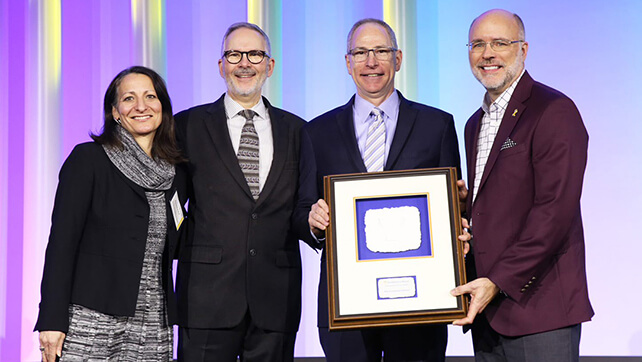 Congratulations! On behalf of the MDRT Foundation, Cures Within Reach has been awarded a 2019 Quality of Life Grant in the amount of $5,000 in honor of Steve Braun's volunteerism. 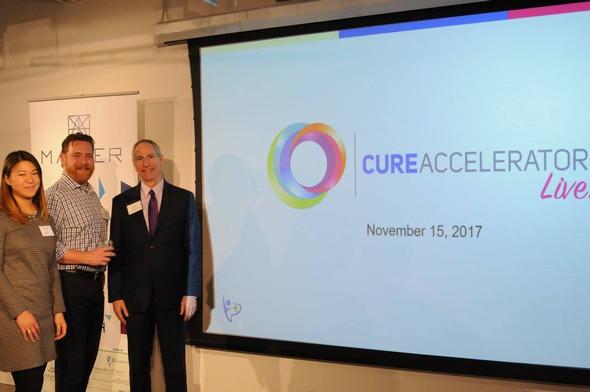 The organization and the event help keep research efforts and collaboration moving. "It's being able to utilize resources that have already been screened and tested and understood, so you can fast-track through that really tedious aspect of the drug discovery process," says Grace Stutzmann, Ph. D, Presenting Researcher at Rosalind Franklin University.

To learn more about this event, check out the CureAccelerator Live! video.

Northwestern Mutual Wealth Management Advisor Steve Braun recently received a 2015 Community Service Award as the Most Exceptional Volunteer for his work with Cures Within Reach. Northwestern Mutual, through its foundation awarded $285,000 in grants to nonprofits nationwide. Congratulations and thank you for your volunteerism! 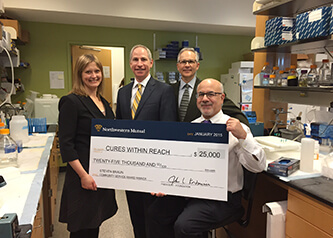 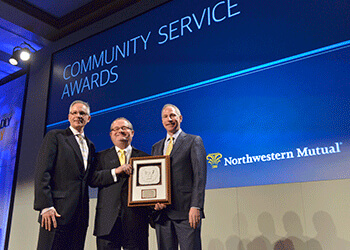 The Northwestern Mutual Foundation is proud to recognize Steve Braun as the recipient of the 2015 Community Service Award for his extensive dedication to Cures Within Reach. Steve has been a donor and volunteer leader at Cures Within Reach for over 10 years, and a few years ago agreed to join the Executive Board. He has been a great supporter of the Cures Within Reach Rediscovery Research™ model, connecting the organization to thought leaders inside and outside of medicine, matching donors to Rediscovery Research projects they can support, and providing business and marketing guidance.

Steve’s involvement with Cures Within Reach resonates on a personal level. Like so many of us, Steve’s family and friends have been affected by disease issues. Steve has responded by learning about and spreading the word about the quick, safe and affordable impact of the Rediscovery Research that repurposes already available drugs and devices so they can help patients with other diseases. He has helped create the impact that Cures Within Reach has had on the lives of those around him who suffer from catastrophic diseases.

After hearing that one of his Northwestern Mutual colleagues had been diagnosed with Multiple Sclerosis (MS), Steve and the staff of Cures Within Reach were able to help this colleague enroll in a Rediscovery Research clinical research trial at the University of Wisconsin-Madison. After participating, this colleague, and the other 9 participants were all able to regain function that had been lost to the MS. This colleague went from requiring a walker to being able to walk a mile without the need of assistance. Such an accomplishment is attributable to the funding of Rediscovery Research supported by Cures Within Reach.

Steve shared another story from a time when a client of his had made a significant donation to Cures Within Reach to support prostate cancer Rediscovery Research at the Cures Within Reach annual “The Longest Day of Golf” event. Later that year, the donor was diagnosed with prostate cancer! After contacting Steve, within 48 hours of his diagnosis, Cures Within Reach was able to connect the donor to researchers at the University of Chicago who were testing a Rediscovery Research surgery technique. While the donor was not eligible to participate in the clinical trial, he was able to visit the researchers and see how his contribution was making impact. He made another donation to this research, and got support as he selected an alternative treatment, which went very well. 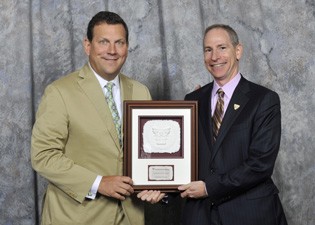 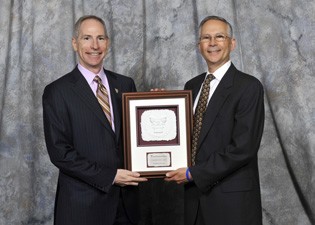 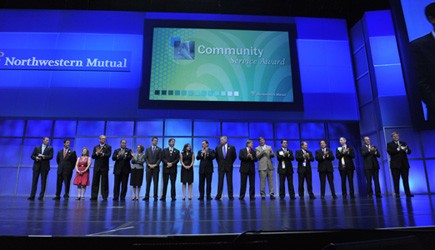 Steve Braun Elected to Cures Within Reach Executive Board

Steve Braun has served as an Advisory Board member since 2005 and was named to the Executive Board in 2008.

Click here to learn more about Cures Within Reach.

Steve Braun and Northwestern Mutual - Chicago teamed up to raise more than $32,000 of charitable contributions for local organizations in 2014. Charities receiving donations include:

Steve is active in his community, working with Cures Within Reach, City of Hope, and Marty Hennessy's Inspiring Children Foundation.

In February 2020, Steve Braun and his wife, Karen, attended the 2020 Northwestern Mutual Chicago Awards Dinner at the Morgan Manufacturer in Chicago. This year marks Steve's 34th anniversary with the company. It was a very special night as over 300 colleagues came together to share honors for their impact in providing financial security and their leadership in the community. Today, Steve ranks in the top 75 in all-time career production in the company.

A Night At The Museum, hosted by Steve Braun

"Karen and I had a great time visiting with friends, clients, and colleagues at this year's Night at the Museum in Chicago. Thanks to all who attended and especially to those who coordinated this fun family event!" 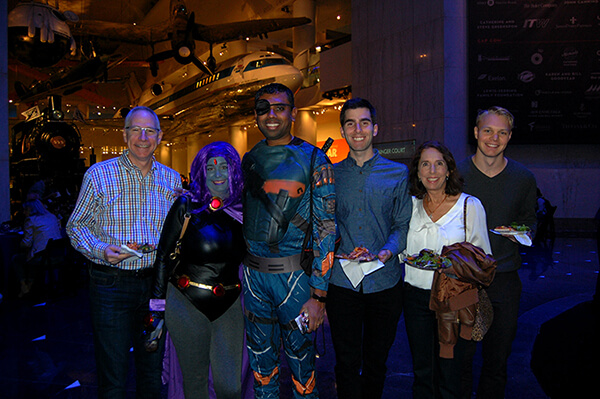 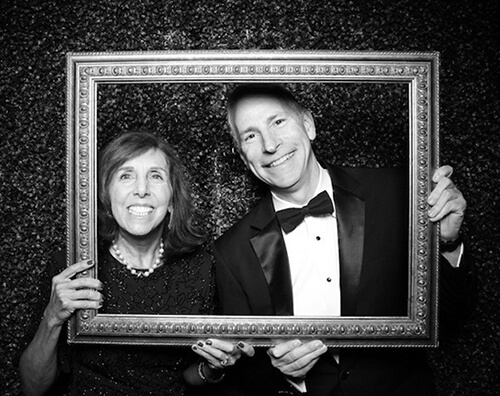 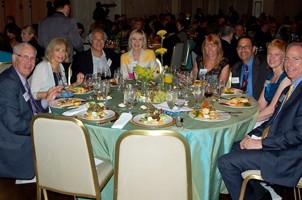 On June 17th, 2014, Steve Braun, as Executive Board member of the non-profit Cures Within Reach, hosted a table at their annual fund/awareness-raising event at the Standard Club in downtown Chicago. There were 300 attendees, and awards were given to honor leaders creating patient impact through their philanthropic, scientific and business efforts. 2014 awardees included Judy Goldman, of Goldman Philanthropic Partnerships, researchers from Northwestern University Feinberg School of Medicine working to repurpose an existing drug for Parkinson’s disease, and Dr. Norbert Riedel, CEO of Naurex Inc. IL Governor Pat Quinn stopped by to deliver remarks.

On June 24th, 2013, 24 golfers took to the course in support of autism research at the Ravinia Green Country Club in Riverwoods, Illinois. The Longest Day of Golf, now in its 20th year, has been raising funds for research into new treatments and, since 2009, all proceeds have been managed by Chicago philanthropic organization, Cures Within Reach. 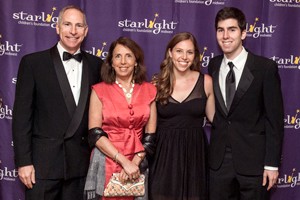 The President’s Symposium of Chicago

In 2013, Steve Braun hosted the Chicago Chapter's 29th Presidents' Symposium. It was Steve’s 23rd year on the advisory board and he was an active board member of The Entrepreneurship Institute. Steve believed this program was unique because of the attention given to business owners telling their real-life stories.

Steve Forbes on "Rebuilding, Reviving and Learning From the Great Recession"

Northwestern Mutual - Chicago, formerly The McTigue Financial Group, hosted an event at the Standard Club with Steve Forbes, which focused on insights of the key lessons learned in the Great Recession, and how to rebuild and revive the economy. The event was part of a six-city tour and saw more than 3,000 attendees in total.